As seen in my previous article, the Soviet authorities didn’t only use the graveyards for fallen Red Army Soldiers as a heartfelt site of remembrance. In the meanwhile, the memorial was used as a propagandist site to prove their victory over Nazism. Now, there are another five of these graveyards for the Soviet soldiers that wouldn’t survive the Battle of Berlin. The graveyard in Treptower Park may be the most impressive one – the others have their (dis)advantages as well. In this article, I don’t want to overwhelm you with their constructional facts – the more with a bunch of images. New to me is that the Soviets often constructed an obelisk at these graveyards. What I’ve already expected is the serious decoration of hammers & sickles, as well as Soviet Stars. I’ve tried and counted them, which has been more easy than figuring out how many Red Army Soldiers are buried at this very location…

Going to Berlin’s Far East, one finds a memorial for Soviet Soldiers at the Friedhof Marzahn. The silence may be slightly disturbed by the 10meter high obelisk. The Red Army soldiers that fell during the Battle of Berlin are buried on the west-, north- and southside. However, throughout the Cold War – more Soviets (soldiers and civilians) were overwhelmed here. While visiting, it is worth combining it with the East-German memorial to the Porajmos, as the mass-murder on Sinti and Roma (or: Gypsies) is called. 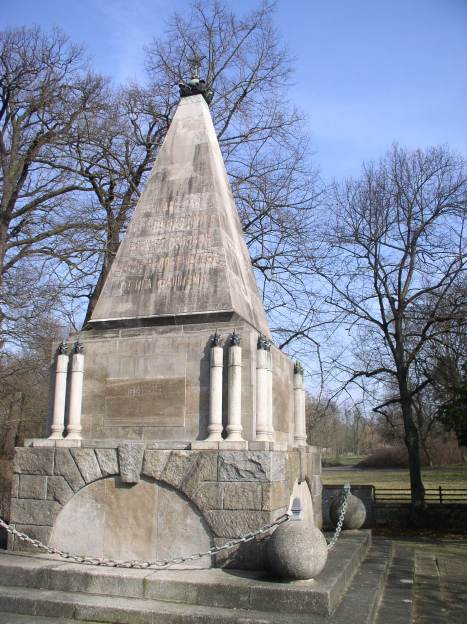 A rather small memorial to the fallen Red Army soldiers is located in the High North of the German capital, at Berlin-Buch. There is not too much to say about it, so I won’t!

Corpses? Ain’t got a clue. Could be 0, could be a couple of hundreds.
Hammers and sickles? Two. 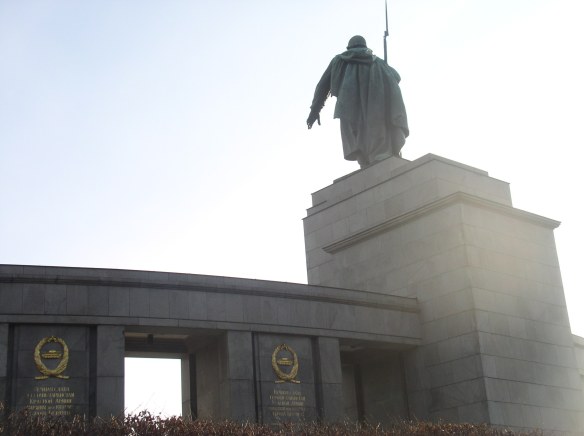 The Soviet War memorial at the Straße des 17. Juni may be the most paradoxical one. Its central location brings many tourists, although this doesn’t have to waste the intimacy when you have an own thought about it. Therefore, I am happy to have a personal theory about the memorial’s location at the Straße des 17. Juni. That means, I think that the Straße des 17. Juni has its name due to the Soviet Memorial! For all of this, you have to understand that it has been the only Soviet War Memorial that was located in the Western sector. This even means that the Soviet soldiers who were protecting the memorial, were again protected by English soldiers. So, when the uprise of 17 June 1953 was defeated by the Russian tanks, the Englishmen named the Charlottenburger Chaussee after this uprise within a month. They could have taken any other road to change its name and dedicate it to the courageous protest…. So, won’t the attendance of Soviet tanks that glared over this boulevard have anything to do with this? 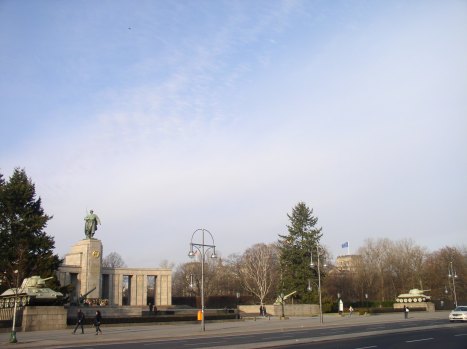 The Red Army Soldiers at the catholic St. Pius graveyard are in contrast to all other Soviet graveyards. Nothing besides an orthodox cross remember the souls that rest here…

The Soviet memorial Berlin’s northern park of the Schönholzer Heide is not to be missed. First of all, it is the place where most Red Army Soldiers found their rest: 13.200 in total. The main monument may be less of a thrill than the one at Treptower Park – it is compensated with the leadlight socialist artwork of hammers and sickles, while J. Stalin gave some comment again.
Carcasses? ~13.000
Hammer and sickles? Countless. 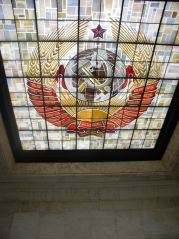