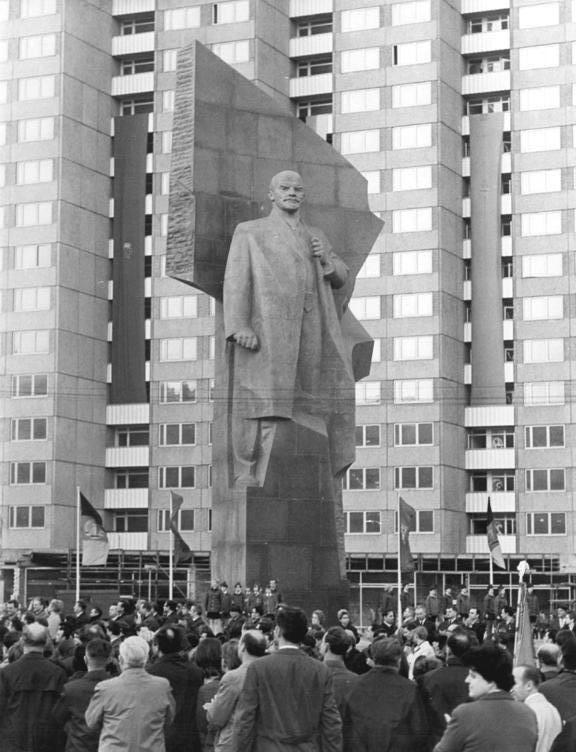 In the beginning of 2009 the project Enthüllt. Berlin und seine Denkmäler (‘Revealed. Berlin and its statues’) was announced. With this project, about the hundred historical statues will be permanently exhibited at the Zitadelle (citadel) in Berlin-Spandau. Among these statues are propagandistic artefacts which were developed during Hitler’s dictatorship and the GDR regime. Except for the hundred statues which will be exhibited permanently, a temporary exhibition will discuss the state of the art for other statues. By January 2010, the costs for the project were estimated at €12.27 million. Unfortunately, the opening of this exhibition was in 2011 already postponed with a year. In stead of August 2013, the permanent exhibition will be opened in June 2014. In the meanwhile, there has barely been attention in the media for this exhibition since 2010. What happened to this interesting project? What can we expect from the exhibition ground? And to which memorials can we look forward to?

By May 2009, 26 statues and 40 sculptures were brought to the Zitadelle. Once they were part of the Siegesallee (‘Victory Avenue’), a boulevard in Berlin’s Tiergarten which was initiated by Emperor Wilhelm II in 1895 and was finished in 1901. Here, Wilhelm II wanted to show off the history of Germany with honouring the rulers of Brandenburg, Prussia and Germany from the 11th century up till 1888 (Empreror Wilhelm I). The 32 marble statues were about 2.75 meter high and were on a pedestal of at least 1.5 meter. Next to each statue, two sculptures of their closest advisers or associates were made. The statues were relocated by the Nazi’s to another street in Tiergarten in May 1938. During the Second World War, many of these statues were damaged. Others were kept in safety and never found back. In 1947, the first statue was brought to Zitadelle Spandau already – a statue of Friedrich Wilhelm the Fourth (1795-1861). The other statues were brought to West Berlin’s Schloss Bellevue – where they were dug into the ground in 1954. During the decades, the Siegesallee’s former statues were forgotten slowly. By 1978, the project Rettet die Denkmäler (Save the statues) started. The statues and sculptures were dug out and brought to the Lapidarium in Kreuzberg, where they were visitable for public. After these statues are relocated to the citadel, they are being restorated.

At the Enthüllt exhibiton, two pieces of Nazi artefacts will be expoed. One of those is Arno Breker’s Zehnkämpfer (decathlon athlete) from 1936. Interestingly, this statue took part of the Berlin held Olympic Games of 1936, when ‘sculpture’ was a Olympic category. With the Zehnkämpfer and Die Siegerin (The Victress), Breker won the silver medal. Thereafter, the Zehnkämpfer was located at the fields around the Olympic Stadion. After the War, it was brought to the military Alexander Barracks in the British sector Berlin-Spandau. These barracks closed in 1994, after which the Zehnkämpfer was stored in a depot of the Deutsche Historisches Museum (DHM, German Historical Museum). 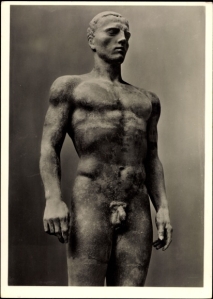 Clearly, the project’s star will be Lenin. His propagandistic statue was located at the Leninplatz (now: Platz der Vereinten Nationen) since 1970 to honour the 100th birthday of the man. Lenin’s statue was 19 meter tall and build from red Ukranian granite. In 1991, Lenin’s head with its weight of 3500kilogram was deconstructed – a spectacular event. Lenin was buried in a sand pit at the Köpenicker Forst – a forest southeast of Köpenick. Only Lenin’s head will be brought to the Zitadelle and the 128 other parts of the statue will rest in the sand pit. But the GDR produced more than Lenin’s megalomanic head which will be exposed at the citadel. In June 1990, two blocks with quotes by Erich Honecker and Ernst Thälmann were removed from the Ernst-Thälmann-Park. These blocks were brought to the Zitadelle in May 2011, and now they are being restorated from graffiti. Furthermore, certain details on the very historical Neue Wache will be presented. So far, it is kept secret which these details this could be – take it as a surprise. The GDR restorated the Neue Wache in 1960 and used it as a memorial to the victims of fascism. The Neue Wache was decorated with communist symbols. To celebrate GDR’s twentieth birthday, a glass prism with an eternal flame was developed by a design of Lothar Kwasnitza. By 1993, all these communist details were removed and the thought behind the Neue Wache was turned into the ‘Central Memorial the Victims of War and Tyranny’.

The exhibition will be situated at the historical Zitadelle Spandau, a well-kept citadel build in the second half of the sixteenth century. Here, the Haus 6 and Haus 8 will provide the 4000sq.m. to house the statues. Haus 6 used to be a 111 meter long military barrack which was build between 1859-1861. In the 1930s, Nazi’s developed this barrack into a laboratory – changing the yellow brick facade into a gray layer of plaster. In the 1950s, the Zitadelle was demilitarised and the former barrack turned into a school for construction workers. The yellow facade was restorated about a decade ago. Haus 8 was a three floors store-room build in 1560. During a battle in the Napoleonic wars, the power-magazin nearby the store-room exploded in 1813. The building was heavily damaged and shortened in its restoration between 1814 and 1817 to its current 114 meters. During the 19th century, the storage also funtioned as a prison. When the storage also was changed into a laboratory, Nazi’s removed the ceilings in between the ground floor and the roof – so the Haus 8 has now a height of 8 meters.

As we’ve seen, the promising exhibition is on its way to surprise us from June 2014 onwards. Personally, I would have been more interested in statues from the Nazi regime and GDR’s reign – while these are by far outnumbered by the Wilhelminian statues. Now I start thinking about it, I also wonder about other Denkmäler in Berlin’s storehouses. I would’ve thought it would be interesting if the statue of Feliks Dzerzhinsky would have been exposed too. He – as a founder of Soviet Union’s secret police (the Cheka) – was given a statue in a Stasi’s barrack. Now it is also in a depot of the DHM. In great contrast, other statues from the past are clearly visitable – regardless of the changed regimes. The Siemens-Ehrenmal from 1934 still exists. Here, the nearly 3000 fallen of the First World War under the eye of a bronze Nazi eagle which is 2.5 meter high. Even GDR’s statue of Marx and Engels survived its controversy, although the statue was removed a bit. Taking everything into account, a project as Enthüllt. Berlin und seine Denkmäler is highly welcome. The location couldn’t have been better for historical statues and I am looking forward to an exhibition about the present-day discussion of statues in Berlin. After all, there are still many statues to visit in the city and to be found back in forests and depots.

The Zitadelle Spandau is located a walking distance from U-Bahn stop Zitadelle (U7). This is the citadels website and this is the webpage for the project Enthüllt. Berlin und seine Denkmäler.

9 thoughts on “The project ‘Enthüllt. Berlin und seine Denkmäler’ (‘Revealed. Berlin and its statues’) in the Zitadelle Spandau. The statues’ history and their future.”